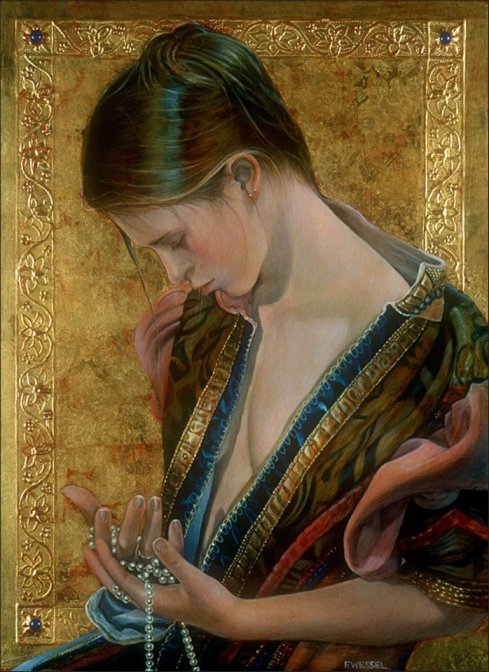 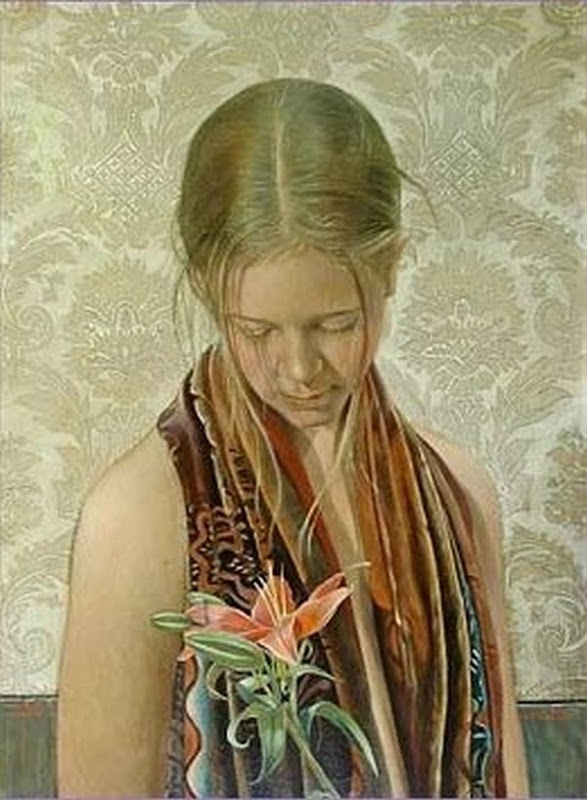 A two week trip that I took to Italy in 1984, had a profound and prolonged influence on my work. At that time I was involved in making a series of aquarium images. I went to Italy to view the art of the Renaissance, for it is my belief that all visual artists, especially realists, should experience and study this work firsthand. I could not have predicted the dramatic impact, both direct and indirect, that this journey of discovery would have on my ensuing work. I believe that in our search for novelty in post-modernist art making, we often lose touch with certain basics: beauty, grace, harmony and visual poetry are nowadays rarely considered important criteria in evaluating contemporary works of art.

Since the Bauhaus, the term ‘precious’ has had a negative connotation in art schools. It was a term used derisively in the 1960’s to describe work that did not adhere to the fashionably pared down kernels of conceptualism or minimalism.

But after seeing the beauty, sensitivity, harmony—the ‘preciousness’—of Italian Renaissance painting—especially the early Renaissance work of artists such as Fra Angelico, Duccio and Simone Martini—I realize that, as artists, we may have abandoned too much. The ever–changing inner light that radiates from gold leaf used judiciously on the surface of a painting, and the use of pockets of rich, intense colors that illuminate the picture’s surface impressed me deeply. It was ‘preciousness’ elevated to grand heights: semi–precious gems such as lapis lazuli, malachite, azurite, etc., were ground up, mixed with egg yolk and applied as paint pigments, producing dazzling, breathtaking colors! The surface of these colors forms a texture that sparkles and reflects light much like gold does, but in ways that are much more subtle than gold.

I look to the early Renaissance as a source of inspiration that I can use along with contemporary content and image making. I look to the Renaissance as the artists of that time looked back to early Greek and Roman art—not as a reactionary but as one who rediscovers and reapplies important but forgotten visual stimuli. ”